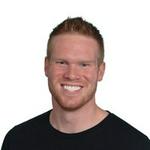 Updated 3 weeks ago by Kevin Sicner

Sphero RVR offers more flexibility to code with coding languages outside the Sphero Edu app with the addition of accessory pieces.

A micro:bit can be used to code Sphero RVR using Microsoft MakeCode or Python editor. The micro:bit is sold separately.

A Raspberry Pi can be plugged directly into Sphero RVR to code with Python. You can learn more about how to use the Raspberry Pi python SDK here. Raspberry Pi is sold separately.

Note that Sphero Customer Service does not support these platforms/coding languages. Sphero just provides the capability to code Sphero RVR with them.